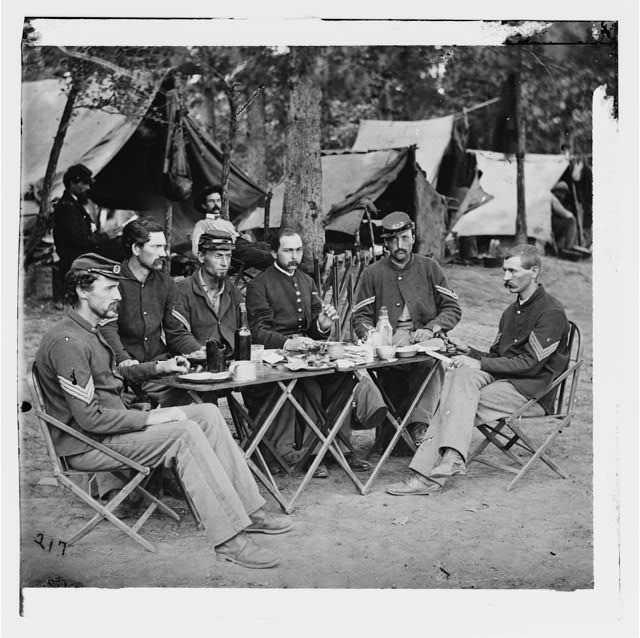 Great Outdoor Tintype of 10-11 Union Soldiers in Camp: This sixth plate tintype of 10-11 Union soldiers was taken in an actual camp setting; it is not a studio pose with an outdoor backdrop. Close examination of the image reveals several of the soldiers wearing sack coats, two with sergeant’s chevrons. The younger soldier in seated in front, is smoking a pipe, and holding a knife, poised over a tin basin; his friend to his immediate right, has a fork in his hand, while the soldier standing in the first row, to the right, has a canteen in his left hand. All of the men are wearing forage caps, with the exception of the soldier on the left of the first group of standing men; he is wearing a rounded crown, slouch style hat. The image has no bends, although there is obvious crackling in the emulsion. The plate is housed in a full, patriotic motif case; the original glass and mats are present, as well.