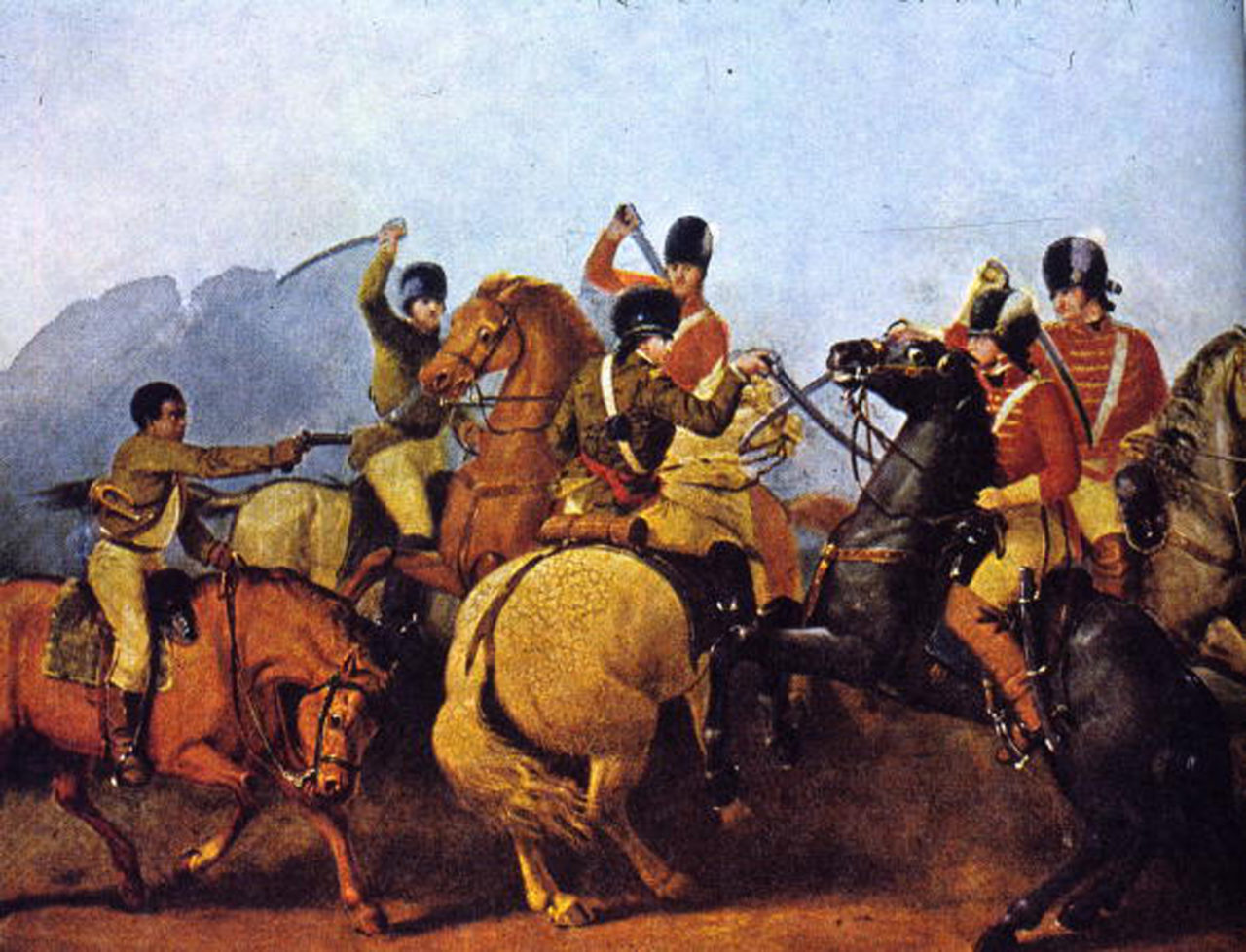 Rare Edition of a Revolutionary War British Horsemanship Manual – Written by Henry Herbert, Earl of Pembroke, this book Military Equitation: or, A Method of Breaking Horses, and Teaching Soldiers to Ride, is the third edition. First published in 1761, this third edition was enlarged from the first edition by over twenty-five pages, with fifteen plates added. The book is bound in a fine, aged brown calf and retains its original title label, on the spine, of red Moroccan leather, with gilt lettering. Both inner hinges are strong, with both boards still completely intact and strongly attached. This rare and early Revolutionary War period edition is in overall excellent condition. The corners of the boards show some slight wear. All of the original 17 engraved plates are still present and quite impressive. Pembroke, a British cavalry officer, wrote this book to improve the state of horsemanship in the British army; the book became the definitive work for the British cavalry.