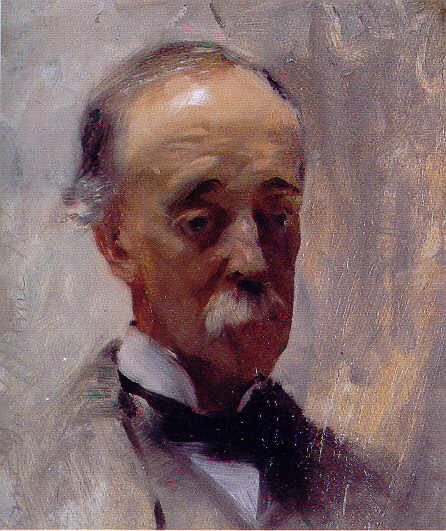 Rare Id’d Civil War Medical Book – Carver Hospital Steward’s Book – This rare edition of On Bandaging and Other Operations of Minor Surgery by F.W. Sargent, was published by Blanchard & Lea, in Philadelphia, in 1862.  The book’s specifics: xxiv, 25-383 pp; 187 figs.; 12 page catalogue of publisher’s ads. The binding is the original full leather; the front board is only loosely attached, while the back board is firmly in place. The original leather spine label is missing. The board leather somewhat scuffed overall, as well as along the joints and edges. The title page reads as follows: “The merits of this work as a handy and convenient manual for reference in the field and hospital, have induced the publishers to add to it a chapter (the Ninth) on Gunshot Wounds, and such other subjects peculiar to Military Surgery as seemed requisite to adapt it more thoroughly to the wants of Army Surgeons. Owing to the absence of the Author in Europe, this has been prepared by Dr. W. F. Atlee. Philadelphia, March, 1862″ (Preface, p. vii). Atlee’s additional chapter is pp. 350-373. This work was originally published in 1848; this later example is the Civil War edition, with the additional chapter by W. F. Atlee, on military surgery, added in 1862. Fitzwilliam Sargent was the father of the painter John Singer Sargent.

On the inside, initial page of the book, written in period pencil is “D.H. Brands, Bellevue Hospital Medical College, New York”. On the next page, just prior to the title page, is written, in period pencil “D.W. Brands” and, in period ink, just below Brands’ name “W.W. Walling, Hospital Steward, U.S.A.; Rec’d From Surgeon Gen. at Carver Hospital, Washington, D.C. Sept. 25th 1862”. We have not been able to determine the history of Dr. Brands, although there is much written about Bellevue Hospital Medical School and its importance as one of the U.S.’s early medical academic institutions. W.W. Walling enlisted, apparently at the onset of the war, as a Hospital Steward, although his exact enlistment date is unknown, but his name is listed in the online Civil War database as a Hospital Steward in the U.S. Regular Army.

The American Civil War split Washington, D.C.’s Columbian College, as it did the nation. South of the Mason Dixon Line, Washington was considered a Southern city. When the conflict began, most students left their classrooms to join the Southern forces, while the faculty was split by opposing loyalties. Because of its status as the nation’s capital and its geographic location, the district soon became the staging area for the Union. By order of newly elected President Lincoln, the entire district, , including the campus of Columbian College (original name of The George Washington University), were converted to barracks, affording accommodations for the sick, troop quarters, and hospitals. Indeed, much of Columbian College’s campus, at the onset of the war, was taken over by the federal government for use as two army hospitals, barracks, associated accommodations for the sick, and to provide locations for troop quarters. Carver and Columbian College were the two hospitals maintained at Carver Barracks, throughout the war.

At the outbreak of the Revolutionary War, medical support was hampered not only by the limited availability of trained medical personnel, but the lack of adequate medicine and equipment. Insufficient care not only of the wounded, but the lack of treatment and prevention of the diseases that ravaged the army caused Washington to address the issue of medical care with Congress.

Finally, on 27 July 1775, Congress authorized the establishment of a “an hospital” or Medical Service. This date is known as the Anniversary of the Army Medical Department. This important step made provisions for a Director General and Chief Physician (Surgeon General), four surgeons, one apothecary, 20 surgeon’s mates, one clerk and two storekeepers. It also provided one nurse to every 10 sick, and laborers as needed. Dr. Benjamin Church was selected as the first Surgeon General. Based on the recommendations of the Director General, on July 17, 1776, congress authorized the employment of “Hospital Stewards” (Medical NCO’s) which were the forerunners of the AMEDD NCO Corps. Although not authorized prior to this legislation, Hospital Stewards were assigned to hospital as early as December 1775. When the British loyalists evacuated Boston, Dr. Morgan who was the Director General had his Hospital Stewards collect all the blankets, pillows and bed sacks left behind for use of the army. Thomas Carnes, a steward at the general hospital in New York, advertised for dry herbs such as balm, hyssop, wormwood and mallow for care of patients. Linen sheets and rags were also procured to make bandages and tourniquets.

In 1777, George Washington ordered the army inoculated against small pox, which had been a major factor in the failure of the Quebec campaign. Some hospitals were overcrowded and infection took its toll. Like the soldiers they treated, the surgeons and medical NCO’s also contacted the diseases that ravaged the military hospitals and died doing their duty.

In April 1777, a “Hospital Steward” (Medical NCO) was allowed for every hundred sick or wounded. Their responsibilities were to receive, dispense and maintain accountability of articles of diet from the hospital commissary. Pay for the hospital steward was fixed at one dollar a day and two rations. In March 1799, a hospital steward was authorized for each military hospital.

By September 1780, Hospital Stewards were given the added responsibility to purchase whatever was necessary for use in the care of the sick and wounded. Their role in the hospital was rapidly expanding and they were expected to handle major administrative and logistical functions in the hospital. At the end of the war, Congress reduced the size of the army. From 1784 to 1789, there was no organized Medical Department.

While the Hospital Steward had no official rank in the army and were soldiers detailed from the line, they played a key role in providing healthcare for the soldiers. They had to be able to read and write, some background in mathematics, chemistry or pharmacy. Few soldiers of this era had these abilities.

In 1808, Dr. Edward Cutbush, Medical Director of the Pennsylvania Militia during the Whiskey Rebellion, published the first manual on hospital administration. He stated that a steward was an individual who was honest and above reproach. His duties included discipline of staff and patients, personnel management, food service, medical supply and overall administration of the hospital. In 1813, the reorganization of the Army began and had a major impact on the Army. The pay and allowances for a steward was twenty dollars and the wardmaster received sixteen dollars and both received two daily rations. Congress did not extend the authorization for stewards. In order to meet the needs of providing qualified individuals to fill the duties of a hospital steward, the Secretary of War authorized the enlistment of individuals for a limited period but without authorization from Congress. Hospital Stewards were taken from the line and the preference was a NCO. Stewards were required to attend three drills a week with the rest of the soldiers. This severely impacted on the care of patients and the regulations were changed to make the steward attend only the weekly inspection and payroll muster. Hospital Stewards were learning patient care by “on the job training” and were often left behind to care for the sick when the surgeon accompanied the troops to the field.

Hospital Stewards were dedicated and often placed in situations that challenged their knowledge in keeping records, dispensing of medicine and caring for the sick. John Bemrose, who served as a steward wrote in his memoirs describing his duties during the Second Seminole Indian War in 1835. He included the cases of wounded that he treated and his written case histories were as detailed as any surgeon of that period.

During the War with Mexico, the Hospital Steward accompanied the surgeon into battle, dressing wounds and dispensing medicine. The army staff recognized the importance of the hospital steward but still no action was taken by Congress to authorize the enlistment of men for the sole purpose of serving in this capacity. In 1847, the Surgeon General had asked Congress several times to authorize positions for Hospital Stewards and he would set up a formal school to train them, however, his requests were turned down. The Army supported his efforts and in 1851 issued an addendum to the Regulations for the Uniform and Dress of the U.S. Army that authorized a “Half Chevron” consisting of a green background with yellow trim and a Caduceus to denote the rank of the Hospital Steward.

Finally in 1856, Congress authorized the Secretary of War to appoint as many Hospital Stewards as needed in the army and mustered onto the hospital rolls as “NCO’s”. This action permanently attached the stewards to the Medical Department.

The Civil War tested Hospital Stewards in every aspect of their abilities. Wounded soldiers arrived at the field and general hospitals by the thousands. Hospital Stewards were often directed to report from one hospital or post to another and unlike most soldiers that moved as a unit, they traveled independently. If a surgeon was not available, at the hospital, the steward would report his arrival in writing to the next higher level and begin working until a surgeon was assigned. Some Hospital Stewards were physicians in civilian life but had no desire to serve as surgeon. and were often treated with equal status from the surgeons they were serving under during the war.

The Hospital Steward was responsible for assisting the surgeon in minor surgical procedures, dispensing medicine and supervising the attendants and other civilians who worked in the hospitals. They were charged with procuring vegetables, meat and bread from the local area when the normal supply system was interrupted. Some stewards worked in the government laboratory supervising the production of medicine.

Dental care for the army consisted primarily of extraction of teeth and was done by the surgeon or his Hospital Steward. The first dentist in the army was a medical NCO assigned to care for the dental needs of the students at West Point.