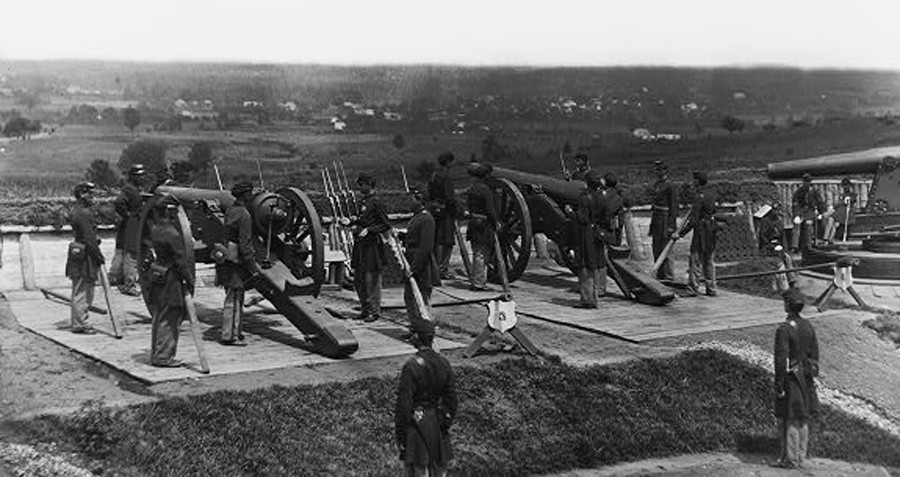 U.S. Heavy Artillery Sword Belt With M1851 NCO Buckle – This rarely encountered belt is the three-piece belt with keeper, two attaching brass rings, M1851 Eagle buckle and attached sword frog. It was issued to carry the cumbersome M1832 Heavy Artillery Sword. These belts were made in both bridle and buff leather, and this example is of buff leather, on the exterior, with a fine, finished, russet brown interior. The belt is in superior, supple condition, and the frog remains firmly and strongly affixed to the belt proper. The rectangular spread eagle, M1851 buckle, with its applied “German” silver wreath, exhibits some light tarnishing, but has very sharp, raised features and a pleasing patina. These heavy artillery NCO belts with their buckle and frog are extremely scarce. This is a superior example.